Iceland - The land of Fire & Ice

When planning a holiday most of us search for the ideal relaxing holiday with sun, sea and sangria. Not us, when we planned a holiday those things couldn't have been further from our minds. We were after somewhere icy, vast and adventurous. Iceland had it all so it was time to plan & pack.

We had all the usual jokes from family and friends "We have one of those on the high street" and "Can you get me some prawn rings?". Undeterred we set off on our journey mid April 2014.

We flew WOW airlines which for a local carrier was pretty amazing. No hassle booking in and was on time, more than can be said for some of the bigger airlines. Dont worry the picture below is not the plane we flew on (I believe this one is a Ryanair plane)

Iceland is a little smaller than Great Britain with a population similar to the Isle of Wight. Its weather is a little unpredictable leading to a local saying "If you don't like the weather wait five minutes" which is completely true. On our last day in Iceland we picked up 2 hitch hikers from close to Rekjavik (Icelands Capital City). Just by luck they were going to the same place as us so we invited them to join us for the day. At the end of the day we dropped them at a crossroad a few miles from Rekjavik. As we drove away a blizzard seemed to appear from no where which forced us to pull over to the side of the road as we could not see a thing out of the car windscreen. I do hope they managed to get a lift and are not still where we left them frozen in blocks of Ice.

My Wife Lynzey in The Laundramat Cafe, Rekjavik. Yes its a Cafe, A Laundrette & A Book Swap

We have talked about the weather so I suppose a natural progression would be to talk about food. Iceland didn't seem to have a national dish, having said that Fish is the main thing on the menu's of restaurants which comes as no surprise as fishing and related trades is Icelands largest employment sector. There were a few restaurants offering Minke Whale and Puffin courses, we avoided these and Im not really a lover of seafood either. Burgers and Chips seemed another favourite which was brilliant for me and I must admit (Carlsbrg don't make burgers but if they did) they were propably the best Burgers in the world. We did sample, quite a lot, one of the most delicious desserts that have ever crossed my tastebuds named Skyr. If you do nothing else in Iceland you must have one of these.

Talking about food brings me nicely into the next story. I have never liked hot dogs and have avoided them like the plague but Iceland seems to have Hot Dog Sellers everywhere and they were very popular. Whilst waiting for our boat trip out into Faxafloi Bay to watch Whales we were starting to get rather hungry and had no time to find somewhere to sit and eat. It as time to break my lifetime rule of never to have a Hot Dog. Like I said I have never liked Hot Dogs, but the Icelandic folk have worked their magic on this bland foodstuff. what a taste sensation they have created. (Something else to add to you Iceland must do's). Shortly after it was time to board the boat. I have never been great with boats either but it's a trip that was on my wish list. I was given a couple of sea sicknesss tablets by the crew to ease my pain. They came in a little polly bag which was off putting, they were either going to do the trick or I would vomit the whole journey with an embarrassing erection.

The tablets did the trick for the first couple of hours and there was no sign of any side effects. We caught two fleeting glimpses of Minke Whale which are protected in the bay but not throughtout Iceland. After a while we saw our first Humpback Whales. Watching them was amazing and I manged to capture a couple of Images like the one below before the sea sickness really kicked in. Looking through a 300mm Lens while the boat rolled from side to side didn't do my stomach any favours and the Hot Dog made a return. The poor woman sat behind me as my body decided to kick it all back out, got to see and hear some pretty gross things (I am really Sorry!). Despite the sea sickness it was worth every moment. I put my camera down and enjoyed the 4 whales playing around the boat for the next two hours.

On the Sunday, which remains a proper day of rest and vertually nothing is open, We set of on what turned out to be the best day of the holiday. We packed up and set off on a long Journey to the Glacier (We never made it, read on to find out why). We had been driving for about an hour when we came upon a little town where we decided to stop for some breakfast of Hot Chocolate and Cream Cakes (Don't ask). As I turned off the main road into a small estate, I over ran the turning for the cafe so performed a U-Turn in the road unfortunatly infront of a Police Car. I pulled into the car park and the Police Car pulled up infront of me. The scariest looking Police Woman got out of her car and stomped towards me "Good Morning" I said. "Oh your a Tourist" replied the Police Woman and promptly turned around and got back in her car.

We had Breakfast in the Cafe, we couldn't help but notice a glass floor that ran through the entire length of the building. we peered through the glass to see a 20 ft deep crack through the floor which had been caused by an earthquake in the 70's.

We carried on on our journey and stopped off at several beauty spots including Skogafoss Waterfall and Laki Lava fields.

The image above shows a farm at the base of the Eyjafjallajökull Volcano and ice cap, Iceland. Image taken April 14th 2014 which was four years to the day that the Volcano entered its second phase of eruption.

Just a mile or two up the road from the Eyjafjallajökull Volcano (pictued above) is a hidden gem. It was not sign posted nor was it visible from the road. We spotted some locals who gave us directions and we made our way...

We pulled up on the side of the road by a metal gate, grabbed the cameras and jackets and off we went. We walked for about 45mins along the soft black basalt beach of Sólheimasandur. The walk was hard going and everything we saw looked like the thing we were looking for but never was. It always turned out to be a rock in the distance. The further we walked, the further the sea seemed to be. "It can't be far" we chatted "It's massive, why can't we see it yet? We must have gone the wrong way!"

We were about 100 meters away before we actually stumbled across it... but here it was WOW!

The image shows the remains a US Navy C47 SkyTrain aka Dakota that made an emergency landing on the black basalt Sólheimasandur beach, South Iceland on Saturday 24th November 1973.

Not counting stops we had driven around 8 hours to find the Glacier and were still a couple of hours drive away when we hit bad weather, forcing us to turn around and head back. It was not the most pleasant experience in the world, driving at night in an old VW polo with no ash board lights on snowy and icy roads. We had already had a couple of hairy close calls on ice and making it back became a priority. We can't complain too much as we now have an excuse to go back to Iceland which I am sure anyone visiting this beautiful country will want to do.

No trip to Iceland is ever going to be complete without checking out the World Famous "Geysers". I'm not sure how these things work, I'm no geologisty person but they are damm worth seeing. Going off every few minutes whilst you wait with baited breath, they are stunning. It was busy with tourists like myself so grabbing a decent photo is going to be a challenge but I'm sure there are times of the day to see it without the crowds of people. Even if it is ideal for a picture, grab a couple and then put your camera down. You will not be disappointed. Whilst in the area you should visit Thingvellir National Park (Pictured below). stunning views and some other interesting geologisty thingys going on. I have written a little about it under the photograph.

Landscape photograph of Thingvillar National Park, Iceland. Thingvellir has great national importance to Iceland as this is where the worlds first parliment was formed. The park has been scupted by earthquakes that have occured here, where the American & European tectonic plates meet.

Icelandic Pony. They are everywhere and they seemed very friendly

Political Correctness seems to have been thrown out of the window in Iceland. Many funny signs, buildings and graffiti exist. It's pretty cool to see a country thats not hung up on smoothing things out. They say it as they see it.

We were walking in the main street of Rekjavik where we spotted a funny sign on a pavement board that read "Breastfeeding welcome. We love breasts". I wish I had taken a picture. Could you imagine seeing that on the streets of Britain, there would be uproar.

We spotted a bar in Rekjavik, I think the picture speaks for itself... A rainbow painted building and a sign reading "KIKI QUEER BAR". If that is a bar you are looking for you sure aint gonna miss it.

Rekjavik has a lot to offer from bars & restaurants to tourist attractions like the Phallological Museum (YES IT'S A PENIS MUSEUM) and to my surprise it was worth the money and time to stop and take a look at everything Willy like from gimicky toys to real whale penis. I assure you that you will willy enjoy this one.

Whist in Rekjavik be sure to call into the Harpa Building. It had loads going on and was the place I took my favourite photograph, A man and his Cello.

We did and experienced so many amazing things in Iceland, listing or talking about them all is just not possible and you would get bored. I think a future visit is on the cards where we can see some of things we couldn't fit in.

In conclusion Iceland is a land full of culture and history. It's vast landscapes display some of the most stunningly and awe inspiring natural sights and geological wonders on the entire planet. There is a harshness and beauty that you wont see anywhere else. Whatever you do, what ever your planning, its time to rip up your list of things to do and add Iceland to the top of your bucket list. 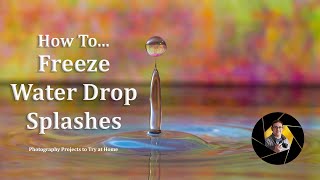 How to... Freeze Water Drops / Splash | Photography Projects to Try at Home 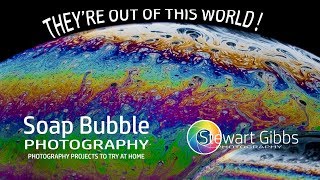 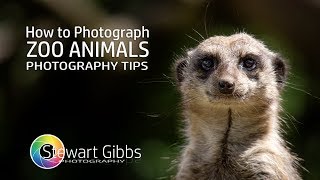 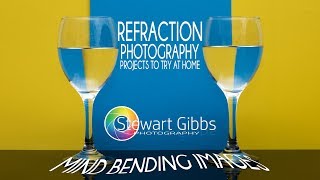 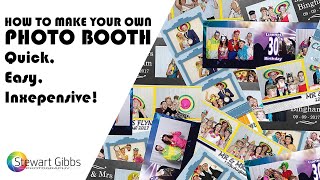 How to make a Photo Booth - Quick, Easy and Inexpensive 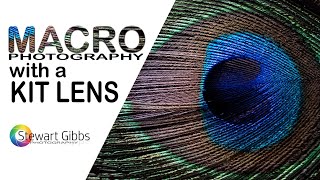 Macro Photography with a Kit Lens 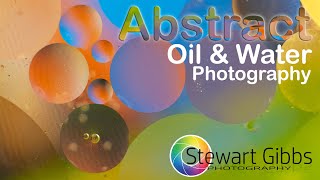 How to... Abstract Oil & Water Photography 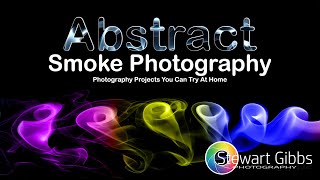 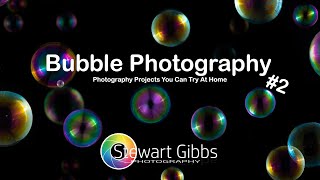 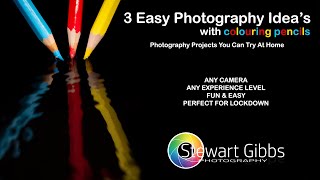 How to... Freeze Water Drops / Splash | Photography Projects to Try at Home

How to make a Photo Booth - Quick, Easy and Inexpensive

Macro Photography with a Kit Lens

How to... Abstract Oil & Water Photography